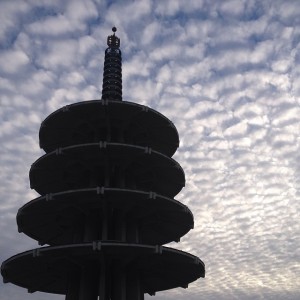 “Hello, buttercup,” the slouchy young man with oversized glasses says into his phone.

Buttercup.  I like that.  I don’t think I’ve heard that one before.

I’m sitting in the airport doing what I do in the airport: peoplewatching.  The comings and goings, the sources and destinations written on people: their apparel, their hats, their faces.  The majority moving through the place as I am — solo — a few clicks faster than the couples navigating as a team.  We all wind up the same place, the solo ones just go in the right or wrong direction with slightly more conviction, it seems.

It’s been a really nice few days in San Francisco.  Too quick (always), and not enough time to see friends since I was here for work.  Every time I’m here I remember and then forget again why I love it so much:  I love moving around this city by myself.  It’s one of the happiest places I visit to set out by myself with my Clipper card and/or a comfortable pair of shoes and follow my nose and eyes.  This trip I was staying in Japantown.  I knew nothing about the area when I arrived, but — with conviction — walked out the front door of my hotel into the night to meet friends my first night there, not having researched the relative safety of the spot.  I made it about fifteen steps from my hotel when I saw the first of many single women out walking by themselves — my entire walk to dinner, that’s the demographic I saw — which set me loose the rest of the trip to just explore.

I shot two rolls of film of nothing in particular.  I’ve been enjoying shooting pairs… as I try to zero in on my theme for my final photo project Ryan suggested the idea of “Twins.”  I like it.  I might make it “Fraternal Twins,” since that’s what my niece and nephew are, and shoot images of pairs of things that are slightly different than each other.  Like the two pigeons I saw earlier today, looking like they were kissing each other beneath the Pagoda in Japantown.  I managed a couple of photos before they changed their angles; my attention, perhaps, triggered their modesty.

My first morning in town I wandered down the street for breakfast.  A couple walked in and sat a few seats away.  I sized them up quickly, before they’d even said a word:  newlyweds.  Her slightly scrunched eyelash extensions were a dead giveaway.  As if that wasn’t enough, her slept on updo was still intact; smudges of the day before’s makeup still visible around her eyes.  He called her “Sweetheart,” with every sentence.  They reminisced about the night before — stories about friends and family, mostly — and discussed where they’d like to plan their next trip.  I wanted to take their picture but found myself suddenly too shy to ask.

I wasn’t too shy to ask the couple I’d seen at Seatac on my way out.  I got a cup of coffee, and the older woman ahead of me in line headed with her cup to the bar where the milk and cream was.  I heard a wolf whistle from the other side of the cafe — her husband, trying to get her attention.  Big smiles on both of their faces.  Big smiles as she sat down and they unpacked their lunch.  Big smiles when I asked if I could take their picture, and he said “Yes,” tentatively, slightly confused.  They smiled a posed smile, apart from each other across the table, and he asked what I’d use the photo for.  I explained that I’m a student, and that I heard him whistle at her and it made me happy so I wanted to take their picture.  The light wasn’t great; my shutter was wide open; I had to decide quickly to shoot my very narrow depth of field focused on him, with her slightly in the background.  He was, after all, the one who’d wolf whistled.  Shooting strangers is a challenge… they’re less understanding of and patient with the pace of my student manual photography.  Shutter speed, light meter, aperture, focus, shoot.  He laughed when I said that I’d heard him wolf whistle and it made my day.  They both laughed.

I’ve been practicing my technical street photography skills… hyperfocal focusing, making quick decisions about estimated exposure, moving quickly and efficiently so I don’t miss the shot I’d intended to catch.  I’m still missing about 80% of the shots I see in my mind’s eye… I spot them coming, and either I don’t have my camera out, or I’m not quick enough with my composition or settings to actually deploy the shutter.  But I see the images in my head, and I’m excited to keep practicing and to increase that percentage.

The night I got in, I found my way to the Hotel Carlton, where I met friends for dinner.  There was an out-of-place DJ in a glittery shirt and sunglasses spinning tunes, while people mulled around with glasses of wine.  And there was one couple.  An older man, his white hair peeking out under his cap.  His lady, with short-cropped red hair and a big smile on her face as he spun her around the lobby like it was a dance floor.  I did get a picture of those two — happily dancing, not minding the snap of my shutter.

It was a nice few days here — sunnier than most of my San Francisco visits —  and even so, I’m quite happy to be headed home.  I miss my man (who calls me Grace) and my dog, and my bed.  And I’m looking forward to spending weekend time in the darkroom, watching the magic of street images from another city materialize in front of me.